The most common types of surgeries 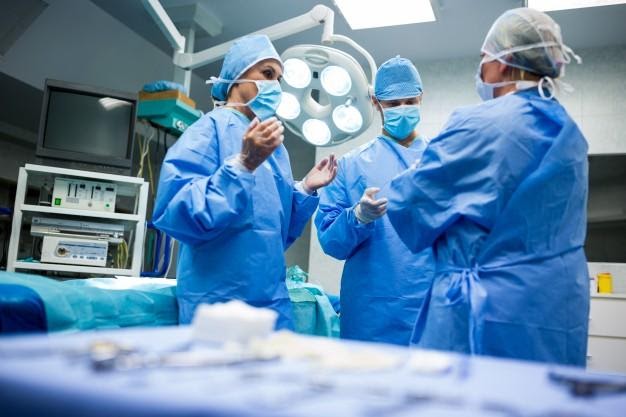 A surgery is a medical procedure that involves manipulating a person’s organs or anatomical structures to cure a disease, reduce the severity of a wound, or simply to improve a physical aspect of it.

There are a fairly large number of medical procedures of this nature, some of these more invasive or complex than others, and today we are going to talk about the most common.

Operations for health purposes are surgeries where it is operated to treat a disease, reconstruct a part of the body after a certain accident, or, in general, to improve the health of the patient who requires it.

A very common surgery is appendectomy, which is used as a solution to appendicitis, which is the inflammation of a small organ located in the lower right part of the large intestine, called the appendix. Appendectomy consists of removing this part of the body when it becomes inflamed to prevent the occurrence of derived morbidities such as peritonitis, among many others. This medical procedure has been greatly refined, and the resulting scar usually fades over time.

In the dental field there are very common surgeries, and Tijuana stands out for the quality of the procedures performed, as well as for the constant accompaniment of dental health professionals before and after the procedures, avoiding insecurities and also to prevent complications resulting from these.

There are Tijuana dentists who perform several surgeries to improve the dental health of their patients, the most common is root canal treatment, where the professional is in charge of avoiding having to perform an extraction (removing a tooth) when it occurs a bacterial infection, by means of a drainage of the dead tissue or infected by caries, is carried out under local anesthesia and does not require a long recovery time. It results in a saving in prosthetics if it is done on a permanent tooth.

Unlike operations for health purposes, cosmetic surgery is a medical procedure where the internal anatomical components of a patient are manipulated in order to improve their physical appearance, whether they are parts of the face or specific areas of the body, they are requested by people who are unhappy with their initial appearance or simply want to look better.

Of the many cosmetic surgeries that exist, the most common is the abdominoplasty, which consists of manipulating the skin, reducing the amount of fat, among others, in order to renew and give an aesthetically attractive appearance to the trunk and abdomen. In the vast majority of cases, abdominoplasty involves removing excess skin and fat, as well as eliminating the tension from the muscles in this part of the body.

Mommy makeover in Tijuana is internationally recognized by many people who have come to it, thanks to this feature many people from all over the world have traveled to this city to undergo this surgery, in the so-called medical tourism.